The measurement of Emotional Intelligence 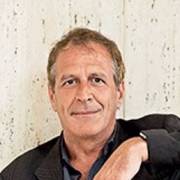 Richard. D. Roberts, Ph.D., is currently Co-Founder, Research & Assessment: Design (RAD) Science, Philadelphia, PA. A former Senior Lecturer at The University of Sydney, he has also been a Principal Research Scientist at the Educational Testing Service, a Vice-President and Chief Scientist at Professional Examination Service and a Vice-President and Chief Scientist at ACT, Inc. Dr. Roberts' main area of specialization is psychological assessment, with a special emphasis on developing and researching innovative methods. Dr. Roberts has published over a dozen books and more than 200 peer-review articles on these topics in diverse sub-disciplines (including, education, psychology, business, medicine, health and economic policy, and human and environmental engineering). In addition to publication, Dr. Roberts has received grants and contracts as Principal Investigator from a diverse group of funders, including the Organization for Economic Co-operation and Development, Intelligence Advanced Research Projects Activity, and the Bill and Melinda Gates Foundation. Among Dr. Roberts’ professional honors are two ETS Presidential Awards, two PROSE book awards, a university medal, a National Research Council Fellowship, and various early (and then later) career awards. 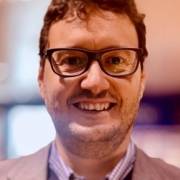 Marcello Mortillaro, Ph.D., is a researcher at the Swiss Center for Affective Sciences of the University of Geneva. After his doctorate in Psychology at the Catholic University of the Sacred Heart in Milan, he continued his research abroad dealing with non-verbal behavior and emotional intelligence. Inventor of the Body Action and Posture Coding System (BAP) to analyze body gestures and movements and of the Geneva Emotional Competence Test (GECo) – the only scientific test to measure emotional skills in the workplace – he has published more than 40 scientific articles on international journals. Today Mortillaro heads the applied research unit of the Swiss Center for Affective Sciences.

Emotion in Literature and Aesthetics 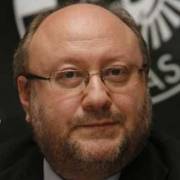 Michele Cometa is full professor of History of Culture and Visual Culture at the University of Palermo. He has taught at the Universities of Düsseldorf, Catania, Cosenza and Cagliari. In January 2007 he was a guest of prof. Alain Montandon at the Wissenschaftskolleg in Berlin. In 2014 he received a Wiedereinladung from the DAAD at the Freie Universität in Berlin. From 1 February to 31 May 2015 he was awarded the Beinecke-Fellowship of the Sterling and Francine Clark Art Institute in Williamstown (MA). From September 2015 to April 2016 he was Associate Research Fellow at the Italian Academy for Advanced Studies of Columbia University (New York) as part of the project “Emotion, Embodiment and the History of Art and Music: Aesthetics, History and Anthropology". He was vice president of the Italian Institute of Germanic Studies (2015-2018). He directs the Italian site of cultural studies (www.studiculturali.it). He has held courses and seminars in various Italian and foreign universities and research institutions. He has published some books on German and European culture from the eighteenth to the twentieth century. 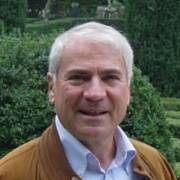 Paolo D’Angelo is professor of Aesthetics at the University of Roma Tre since September 2000. A graduate of the University of Roma Uno, “La Sapienza”, he received his PhD from the University of Bologna. He formerly taught at Messina University (1992-2000). Since September 2004 full Professor of Aesthetics at Roma Tre. Head of the Department of Philosophy, Communication, Media and Performing Arts of Roma Tre University from January, 1 st, 2013 to December, 2018. He has been vice-president of the Italian Society of Aesthetics (Società Italiana di Estetica – Sie), 2001-2014.  He gave lectures at the Universities of Paris I – La Sorbonne, Mainz in Germany (Studium Generale), Universidad de Merida (Venezuela), Universidad de Rio de Janeiro, Alexander von Humboldlt Universität (Berlin). He took part in international conferences at Fiecht (Austria) Ljubljana (Slovenia), Merida (Venezuela), Berlin (Humboldt Universitaet, (2003), Malaga, Spain, (2009), Prague (2013). He is editorial consultant of “Rivista di Filosofia” “Cultura Tedesca”, “Studi di Estetica”, “Estetica”,  “Paradigmi”, “Intersezioni”. Chief areas of interest: Aesthetics of the visual arts; environmental Aesthetics; analytic Aesthetics; History of Aesthetics; german philosophy; contemporary italian philosophy. Some of his books are translated in English, Spanish, Portuguese and Japanese.

The Heart and the Machine: EI and AI 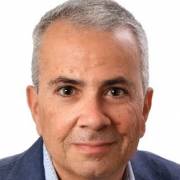 Antonio Chella is a Professor of Robotics at the University of Palermo, Italy and the Director of the Robotics Lab at the Department of Engineering of the University of Palermo. He is a Research Associate at the ICAR-CNR, Palermo, and an Honorary Professor in Machine Learning and Optimisation within the School of Computer Science of the University of Manchester, UK. He is a fellow of the Italian National Academy of science, humanities, and arts. He received the James S. Albus Medal award of the Biologically Inspired Cognitive Architectures (BICA) Society. He is a founder and Editor in Chief of the Journal of Artificial Intelligence and Consciousness and of the Book Series on Machine Consciousness by World Scientific. 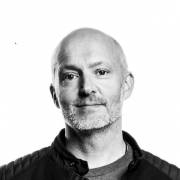 Mark Sparvell is an award winning global education leader with over 30 years experience leading improvement. Mark is an ambassador for the Emotional Intelligence Society of Australia , advisor for Goldie Hawn’s MindUp Foundation, steering committee member for the Karanga Global SEl Alliance and founder of the SEL in Edu online community on FB (17,000). A Director for Microsoft Education worldwide, Mark leads work across multiple portfolios including well-being speaking frequently on the role technology can play in humanizing learning.